Running a few days behind because of the holidays and the hectic nature that comes with this time of year. The Browns did their best again to imitate a half decent team for half of a game and then just completely fell on their face and collapsed. They blew a 10 point 4th quarter lead and ultimately lost in the beginning portions of overtime. The Browns have 2 games left, Baltimore and Pittsburgh, so we are likely looking at 2 more rough losses before it is all said and done this year.

– The Browns do have the opportunity to play spoiler for one of these teams. They are both fighting for playoff positioning and if the Browns were playing better football or were motivated in any way than it might make for interesting football. However, this is the Browns we are talking about so they will probably just roll over and let the Ravens and Steelers have their way with them…

– Colt McCoy looks like he won’t play again this weekend, and that is okay with me. The Browns, for what it’s worth, had a little more flow than usual last Sunday for the first portion of the game with Seneca Wallace behind center. Just give McCoy the last two games off to get over the concussion. I mean, he won’t really gain anything from getting dominated for two more games, since he hasn’t really been able to adjust and play better in the division games this year over last year. 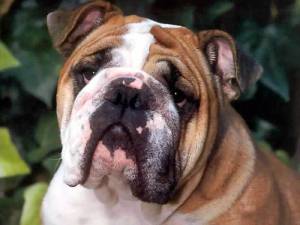 His face about sums it up...

– There just seems to be no continuity from quarter to quarter. For 15 minutes they can be very effective defensively and offensively, but then the next 15 minutes they will play the exact opposite. They started off very well Sunday but quickly faded once the 2nd half started and were downright bad down the stretch in the 4th quarter.

– Some forward thinking. The draft boards are starting to come out and a lot of speculation has already began to start about draft order and a few mock drafts are getting some publicity. It looks, at this point, as if we might be looking at the #4 pick again this season. As per the usual, top 5 in something right! There are so many needs that it is hard to speculate which way they will go this year. A few things need to take shape before we get to that point, but some early speculation has the Browns tabbed to select Robert Griffin III from Baylor. I can’t say I can argue with the logic behind making that selection, but who Griffin won’t be ready to start day 1 in the NFL. We don’t have any one who could mentor him, he can’t really learn anything from Colt McCoy, or Seneca Wallace. So even if he sat on the bench we would just have the same every day judgements that the backup should be playing and he would get thrown into the fire before he is ready.

– If we are really going to be talking draft already, which never really should be a topic we don’t discuss in Cleveland quite frankly, we should talk about Trent Richardson. He is a guy I want to see suit up in white for the Browns every Sunday. He has tremendous size, speed, vision and explosiveness. He seems more polished and healthy coming out of school than Mark Ingram was last year. The Browns need impact players at the skill positions, and I think they should start with a franchise running back. If they are seriously behind Colt McCoy as their QB, take some pressure off of him by getting a solid every down back who can really make a difference. The Peyton Hillis era in Cleveland will probably come to an end, and Monterrio Hardesty can be effective in small doses, let him split reps with Richardson next year behind what should hopefully be a healthy and improved offensive line and go from there. Of, if you don’t pick Richardson, pick the best O-Line player available.

– Admittedly, I didn’t watch on Sunday. I had to work so I was only able to follow along on my NFL 2011 App on my phone. So I can’t say too much about what actually happened in the game, but from the highlights and things I have read about the game, it seems pretty much like a re-run of every game this season.

– Brad Maynard continued his trend of being one of the best punters of pinning the opposing team inside the 20 without getting a touchback, but his lack of depth on his kicks that has been a bit of problem seemed to strike in overtime. That huge punt return that sealed the deal for the Cardinals was a major play, one that the Browns always seem to be on the receiving end of.

There really isn’t too much for me to add. I will hopefully be able to watch tomorrow’s game against Baltimore all the way through and have a little more in-depth notes about it early next week. All I am hoping for is to not get beat by 28+ points, that would cause for a very merry Christmas in the Kelly household. I will, in all likely hood, be giving up on the Browns at halftime and rooting for my fantasy players, which this week include Torrey Smith from Baltimore, so while I want us to be competitive and ideally win, it would be great if we let him score their only 2 touchdowns of the game. I know I will get a solid day from Drew Brees and Arian Foster already did his work for the week, so Victor Cruz and Torrey Smith need to win me that prize money. 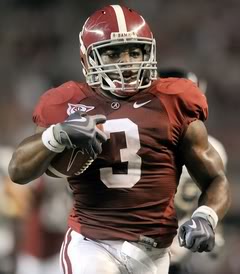